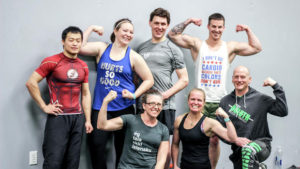 We have heard for some time how hard it is to attract young people to the LBM business. In today’s environment where unemployment is around 3.7%, this is adding to the challenge. So as NRLA members what can we do?

In previous operations roles, one of the things we always looked for is strength of character. What we found is that we could teach someone how to read a blueprint or door and window schedule if they had the desire to learn, but it is much harder to teach character. So what if you could hire someone with the following character traits?

Would you consider training them for an open role?

I could go on, but hopefully you get the idea. If you haven’t guessed yet, I am talking about one of our countries greatest assets, our Service Men and Women! Not convinced? I have a firsthand experience to share.

A number of years ago, we had an open position in our accounting department. A young man named Jim applied for the position. In reviewing Jim’s resume, his background didn’t seem well suited for an accounting job, but having been a Navy Lieutenant and responsible for the security of his ship, I agreed to meet him. As you might suspect, when I met Jim in person he was bright, clean cut, very well spoken and professional. As they say in the military, “he was squared away”. I was compelled to give Jim a shot at the job. If nothing else, I would be helping a veteran right?

As you might have suspected, it didn’t take Jim long to learn the role and thrive. He was a problem solver and proactively came up with ideas for improvement while demonstrating the type of character traits I have listed above. Also to my surprise, this former Navy man was a really funny guy and culturally fit in well with our company. Fast forward… I am proud to say that Jim is now the CFO of a much larger company with multiple offices in a number of states and doing great!

What I am suggesting isn’t new. The Home Depot partnered with the defense department, labor and veterans affairs department in 2004. In 2012, they made a commitment to hire 55,000 veterans in 5 years, reaching that goal two years ahead of schedule. Lowe’s also claims to have hired over 14,000 veterans.

General Electric launched an initiative in 2009 to hire former service men and women, called the Veterans Network. Their vision is to make GE the employer of choice for veterans, reservists, and guardsmen while creating a GE community of veterans and veteran leaders to support and encourage the career development and growth of all members. They have hired well over 10,000 people.

Why can’t we have a similar vison for NRLA members to attract these fine people to the LBM business? We have plenty of training programs to help get the Vets up to speed! Haven’t they earned the opportunity our association can provide? Last I checked we sure need the help!

Our businesses aren’t The Home Depot, Lowe’s or GE, but collectively there are a lot of us out there with many roles to fill. About once or twice month, a resume crosses my desk from some young person who has faithfully served our country and is trying to start the next chapter of their life.  The way I look at it, if someone can be trained to manage, operate, repair and do countless other important jobs with multi-million dollar equipment in service to our country, I feel pretty confident they could learn the lumber and building materials business if we put an emphasis on it.

Consider an initiative to help this valuable resource get a job, while helping your business at the same time; there is no shortage of great people. I am pretty confident it will be a win-win for everyone!

Jack Leary has an accomplished and diverse background with 40 years of solid business experience in key leadership roles for growth companies. As one of the principles of Impact 180, Jack has helped all types of business leaders assisting with their growth, revenues, competitive position, profitability and shareholder value, while mitigating their risk. During his career he has consulted to leading companies such as Masco, General Electric, Black and Decker, DuPont, RPM, Armstrong, Lubrizol, Orgill, Lowes and The Home Depot. These initiatives are widely recognized for the significant return that was produced for each company.